Posted by DragonJon on April 8, 2012
Posted in: Into the Archives. Leave a comment

The link below takes you to an article written by dragons supporter Mark Anderson.  Mark was one of the original ‘behind the goal mob’ otherwise known as the SOB’s, and alongside John Button edited the popular ‘Look For Floodlights’ fanzine which was produced to help raise much needed funds for WTFC.

‘The Independent’ Football / Fan’s Eye View: A down town but not out:
No 60 – Wivenhoe Town 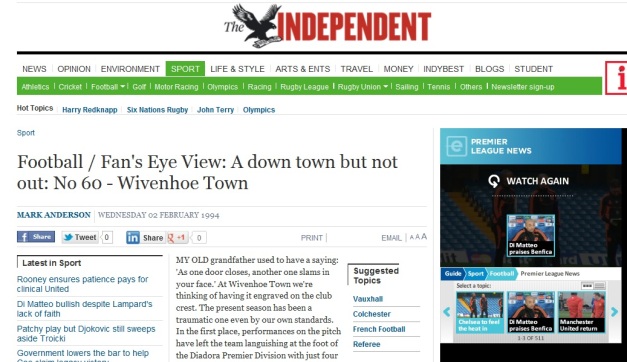