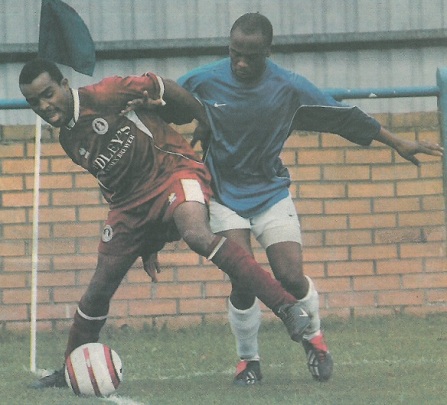 Tabani Mabvura (Pictured challenging a Chelmsford City player) arrived at Broad Lane in the summer of 2003 having previously played in Zimbabwe for FC Jets and Caps Utd. He remained for just over four seasons and was a class performer whether playing at full back, centre half or as a defensive midfielder.

He was restricted to 107 first team appearances due to a combination of his career study and injury (I can remember him being smashed to pieces by some lunatic in a Tilbury kit !!) before eventually retiring from Senior Football after 3 appearances during the early stages of the 2007/08 campaign. He scored a total of four goals for Wivenhoe and was voted “Supporters Player Of The Year” in 2004/05, and was so impressive the following season that he made it into the Colchester Gazette’s “Non-League Team Of The Year” alongside team mate Paul Hillier with the paper giving him this write up; 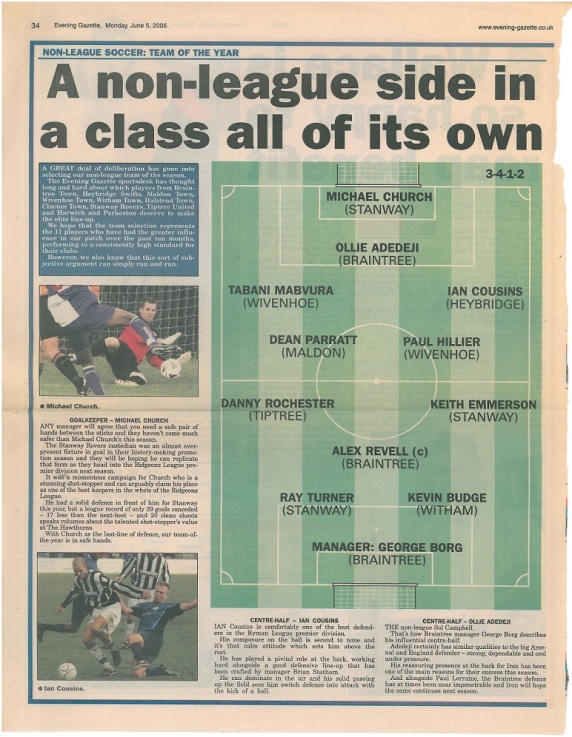 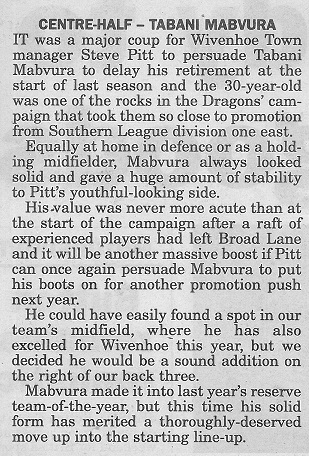