Posted by DragonJon on September 4, 2017
Posted in: Into the Archives. Leave a comment

Gary Harvey fires in a shot in a 2-2 draw at Hornchurch during the 1987/88 Isthmian League Division Two North Championship Winning campaign.

Mick Cox drills home the opening goal for Wivenhoe Town Reserves at Broad Lane as they hammer visiting Canvey Island 6-0 in an Essex League Shield Match back in 1986/87. 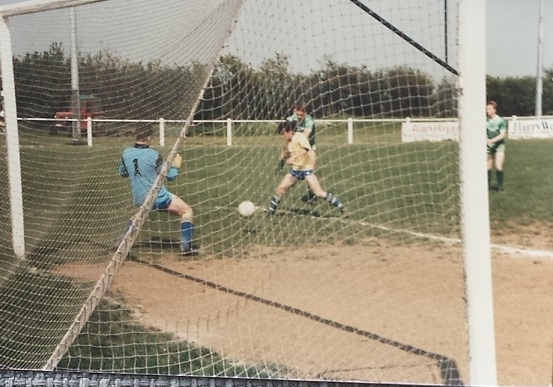 Lee Hunter weaves his way through the visiting Kingstonian defence on 28/03/92.  The Dragons won this Isthmian League Premier Division fixture 2-0.

Fans favourite Christian “Moose” McClean holds off the challenge of a Bromley defender on the 10/10/92.  The Hoe’ went down 0-3 on this occasion.